GT85 LUBRICANT SPRAY FOR YOUR E-BIKE OR RE-BIKE 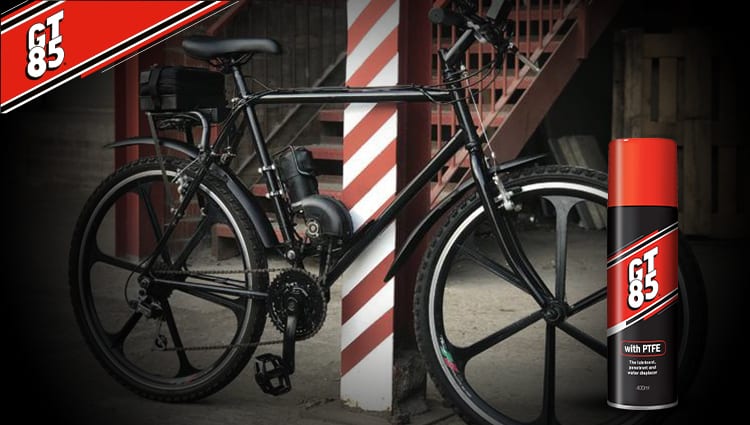 Meet Henry, a young designer and university graduate with a passion for anything technical. This means he is always in need of some lubricant spray for his craft. So this is where GT85 stepped in.

For his final year project, he has designed an affordable and highly efficient conversion kit which turns a regular road bike in an electronic bike (E-bike). Henry achieved this using just the engine from an old golf caddy.

When we heard about a project this creative and inventive, we thought that we just had to shout about it!

The drive mechanism of the Re-Bike is made out of reclaimed components. Hence, the name of Henry’s project and also its USP.

It’s our duty now to help Henry maintain his E-bike with plenty of GT85!

What is an E-bike and does it need a lubricant spray?

An E-bike is similar to a regular bicycle apart from having an integrated electronic motor which can be used for propulsion.

The motor is built into the wheel hub itself, while the stator is fixed solidly to the axle. The magnets are then attached to it and rotating with the wheel.

The bicycle wheel hub is the motor. The power levels of motors used are influenced by available legal categories and are often, but not always limited to under 750 watts.

Whilst this varies across the world, most E-bikes are generally classed as road bicycles and therefore are considered highly economical to run. In many cities around the world they are beginning to overtake cars as the main mode of transport.

E-bikes offer a cheap alternative to cars, motorcycles, or mopeds, especially for short journeys or commuting. Being a fully UK road-legal E-bike means no insurance, tax, or pollution.

In the UK, E-bikes are limited to a top speed of 25mph. However, this can vary across the world, going up to as high as 45mph.

And as any other bike, it needs a multi-purpose lubricant spray to clean and maintain it.

‘Re-Bike’ is the name of Henry’s conversion kit, due to its emphasis on sustainability. It is a component-based set of primarily reclaimed parts to be installed on to an existing bicycle.

The Electronic bike market is rapidly growing. Therefore the Re-Bike presents the alternative for a low-cost and environmentally friendly solution. E-bikes as an outright product remain prohibitively expensive.

Re-Bike also reflects the aim of trying to get people to take up cycling or re-discover their love for cycling.

The Re-Bike is targeting work commuters and delivery cyclists. The kit is easy to assemble and it’s also not at all as expensive as an E-bike. Any competent DIYer can do it with simple tools and easy instructions.

Here’s what Henry had to say

GT85 is a true lubricant spray in every sense of the word.

It’s multi-functional – penetrating, lubricating and cleaning like no other maintenance spray on the market. But it also becomes worthy of a place in any garage or shed, thanks to the way it works on a variety of vehicle applications.

And, Re-Bike is no different. Here’s what Henry had to say:

“Due to the nature of the project, it was essential to keep the recycled chains and sprockets lubricated.

Re-bike utilises a dual chain drive mechanism which requires smooth and synchronised motion. It was definitely good to have a can of GT85 handy!

I also used GT85 to displace and prevent moisture getting into the Arduino housing and throttle during testing”.

Get in contact with us if you want to get your project featured:

Buy your GT85 spray from our Amazon shop here: https://amzn.to/2XDxh9 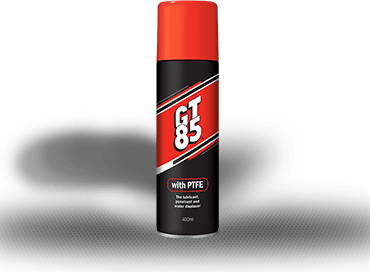 Let us keep you posted with data sheet updates and GT85® news, sign up for free notifications.

By continuing to use the site, you agree to the use of cookies. To change this click here.